Dr Stuart Brown is an expert on the meaning of play for humans, stating that nothing lights up the brain like play. He says that play is a powerful catalyst for learning at any age, not only for kids. Play is the medium between brain and hand, thus a powerful link between thought and action. Play is born by curiosity and exploration, and social play is a by-product of the play scene. There has been a lot of research on play among animals. Brown exemplifies with lions when they play with eachother but with no fangs and claws. He calls it “rough and tumble play”, and states that is a great learning medium also for humans. Dr Brown’s research might become important when trying to understand the inner nature of venture creation programs, but also more generally when trying to understand action-based education. Is it the playful nature of an action-based educational setting that enhances the learning? Could we label a venture creation program as a “rough and tumble play” learning environment? Should we introduce more playfulness into education in general? What can we learn from research on play when trying to understand action-based education? Read more about Dr Brown’s National Institute for Play here. Also watch his interesting TED talk here.

Summarizing four years of research into entrepreneurial education in my dissertation 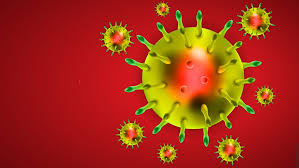 Martin Lackéus - April 19, 2020
0
VCP List is a website focused on two different kinds of VCP - venture creation programs and value creation pedagogy. It is run by a team of education innovators in Sweden and Belgium. Our ambition is to provide short descriptions, illustrative examples and resources useful for people who want to work with either VCP1, VCP2 or both in ther educational institution.
Kontakta oss: martin.lackeus@gmail.com
© Newspaper WordPress Theme by TagDiv
FLER ARTIKLAR

How our entrepreneurship students learn and how we can improve assessment...

Martin Lackéus - August 30, 2014
0
An intriguing master thesis was completed just before summer by one of our students at Chalmers School of Entrepreneurship, read it here. The student,...