I will never forget the day I met Dénis Gregoire, an entrepreneurship researcher who deliberately stopped doing research in entrepreneurial education. We met in 2011 at the BCERC conference in Syracuse, USA. I had read his work with admiration, and was indeed starstruck when I met him at one of the evening receptions. What he said has stayed with me ever since: “Ah, so you are doing research in entrepreneurship education! Very interesting field indeed. But it has no future, so I have had to leave it” (or something along those lines, I did not have ny dictaphone on). And indeed he has left: his last cited article on the topic according to his Google Scholar profile is from 2007.

Stubborn and new to doing research (I was an IT entrepreneur for a decade prior to signing up for PhD studies), I was not put down by his comment, but pursued research explicitly and exclusively focused on entrepreneurial education in its many shapes ever since (i.e. both enterprise and entrepreneurship education). But now, four years later, his comment has started to reappear in my head again. And I will try to summarize why.

How a scholarly field evolves

Burbules has stated (here) that the development of a scholarly field is determined not only by what research is done and what findings emerge, but also by who is included and excluded through the conditions set up by journals, conferences, editors and reviewers. Each decision to include or exclude a contribution / contributor shapes the future of that field. And while rejects are being issued every day in the academic field and need to be considered a part of the painstaking process of doing research, their stated reasons also say something about the future of a field. In his case it was Burbules’ own scholarly field “philosophy of education” which in the 1980s had come to realize that it had excluded women over a period of several decades. Indeed a limitation for a scholarly field to only include male contributors. If you were a woman in a Philosophy of Education conference evening reception in the 70s, someone could certainly have said something in line with Gregoire’s comment, had it been a woman talking to another woman new to the field: “There is no future for women in this field”.

ETP: “Don’t even think about it – we WILL desk reject you!”

What made me think of Gregoire this year was my soon-to-come PhD defense, meaning that I need to hand in those last couple of articles for publication attempt. I emailed a contact at one of the leading journals in my field, one of the very few ones with ambitions beyond entrepreneurship (AMLE), to ask if they were interested in my work. The reply was disappointing, and with implications beyond my own work. The study objects in my work were not entrepreneurs or business school students but students in primary education, so the editor was not interested whatsoever. Go see a general learning journal was the polite reply. So now we know that in order to be relevant for top journals in the scholarly field of entrepreneurial education, we need to be careful not to pick the wrong kind of students to study. This is exactly the kind of interdependence Burbules talks about, now shaping the scholarly field of entrepreneurial education. Who knows how many rejects have been issued, by AMLE and by others, due to “wrong” dataset in the interdisciplinary field of entrepreneurial education, or due to other delimitations deemed necessary to stay within the narrow confines of “entrepreneurship”?

Next up was an attempt to get a paper accepted in a special issue by another leading journal (JSBM). This time they had explicitly asked for contributions that addressed the disconnect between entrepreneurship and education. Great! Let’s submit. And so we did, and got a “revise & resubmit” in April, happy so far. But then in second round we were rejected. And why? Well, for many reasons probably, but a primary reason was that our paper was addressing the wrong audience – educators. It was not deemed to be within the audience of the journal, which is arguably entrepreneurship, or “small business” as the journal title reads. So not even when a special issue editor asks explicitly for interdisciplinary contributions it is okay to be just that – interdisciplinary. In addition to that, the main reviewer rejecting us asked how we could posit that Customer Development by Steve Blank was entrepreneurship and how we could assume that a reader was familiar with Sarasvathy’s work. Some dark part of me wanted to reply: “Let me Google that for you”, but by then the scholary discussion was already over. For the sake of openness to readers to make your own interpretation, I provide the full review here. It constituted the only viewpoint on which the decision to reject was taken. Its resentful style could be viewed as rather amusing, had it not been for my career taking a further step down the drain from it and leaving other interdisciplinary ent-ed researchers at similar peril.

Be careful out there!

The learning generated from this anecdote has implications far beyond our little contribution attempt. This was likely a reviewer anchored in education, and thereby not so well versed into the scholarly field of entrepreneurship. It seems not only doing research is difficult in an interdisciplinary field, so is reviewing and editing such work. You would perhaps need to double the amount of reviewers – two from education and two from entrepreneurship – since neither field arguably understands its neighboring galaxy (yes, they are that far apart these two domains). And have both a guest editor and main editor committed to interdisciplinary work, which seems to have lacked in this case. Otherwise you risk ending up in a situation of the deaf trying to communicate with the blind and vice versa – leading expert in one field, not even novice in another.

This leaves entrepreneurial education scholars with no high ranked outlet for their work. And in academia you will not survive for long without at least one or two articles in a relatively high ranked journal. Performativity requirements are being enforced everywhere. So you leave the field. Or you die sooner or later as a scholar in the field by being ejected from the system for non-performance. Or you have it as a hobby. That is what Gregoire saw in 2011, and that is what I now see too in 2015.

One of my articles is about two distinct flavors of entrepreneurial education – egoistic versus altruistic. We want it into a high ranked journal, so we are considering to cleanse it from any mention of education. Given that it is a requirement for all top journals. That way we at least have a chance of getting it into a leading journal, and stay in scholarly business as researchers. Another way to survive is to do quantitative research with massive randomized controlled trials. But while that method renders highly publishable work, you end up on the far side of the rigor versus relevance scale. Such results are thus not deemed so useful for practitioners according to many educational researchers (I won’t bore you with a long list of references here, but check out Reeves here). It is a way to stay in business, but perhaps not a scholarly way to make an impact on educational practice.

Another option is to do research outside of the academic system. And that path I am also testing. Some of my largest studies are done from my newly started research methodology venture. But that is not something we can count on many scholars to do. Instead we will likely see a strait jacket development of the field for many years to come. And the continuous stream of lower ranked journals accepting a wide stream of articles with varying quality (some very good indeed).

A final option I will test before putting out the light is to try getting published in top education journals. But if their understanding and appreciation of the scholarly field of entrepreneurship is as low as evidenced above, it will turn out to be yet another dead-end. Indeed, the educational researchers in my home country of Sweden have been frowning at entrepreneurship entering their field ever since they heard about it, probably asking themselves “What can those capitalists possibly contribute with that we haven’t already thought about?”. When you are done explaining the most basic aspects of how entrepreneurship indeed can contribute, you will most likely have run into the 8000 words limit, excluding a possibility to also make a novel contribution.

This blogpost generated a fair amount of feedback through social media when initially posted. Researchers from more than one European country outside my own stated that they very much recognized their own situation in the above description. One had been advised to leave the field since it was deemed uninteresting by many editors of leading journals. Another had tried publishing in educational journals instead, but had encountered similar interdisciplinary challenges but from the other end. Yet another had received good advice from education journal editors, which signifies that it could be a viable survival strategy – of course depending on university policy at those places you are employed today or where you want to get employed in the future. Many entrepreneurship scholars are limited by what ABS ranking stipulates, which limits possible action. From this we can conclude that entrepreneurial education will in the forseeable future repel talented scholars and thereby limit its progress as a scholarly field of study. Practice will thereby have to continue spearheading any developments, leading to a continued theory deficit in the field – particlulary learning and education theory.

Learning by feeling – how entrepreneurs learn?

The playful entrepreneur: Homo Ludens as a lens for understanding her better 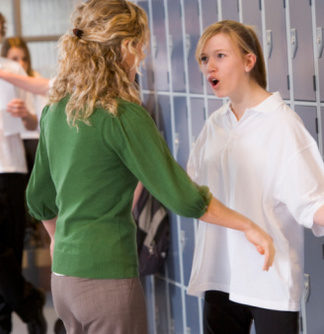 Martin Lackéus - October 18, 2018
0
VCP List is a website focused on two different kinds of VCP - venture creation programs and value creation pedagogy. It is run by a team of education innovators in Sweden and Belgium. Our ambition is to provide short descriptions, illustrative examples and resources useful for people who want to work with either VCP1, VCP2 or both in ther educational institution.
Kontakta oss: martin.lackeus@gmail.com
© Newspaper WordPress Theme by TagDiv
FLER ARTIKLAR

Slides from presenting my research in Rome, Malmö and Umeå

Martin Lackéus - November 13, 2013
0
This month I have been around presenting my research on entrepreneurial education on a couple of occasions, summarizing the findings from my newly finalized...